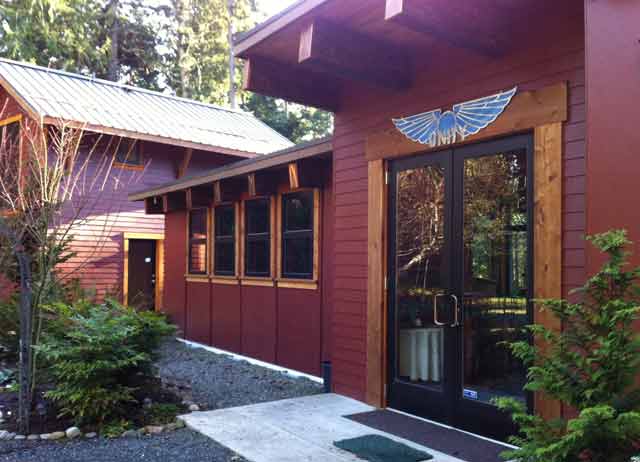 Building a home for Whidbey’s Unity congregation has been a long and gratifying journey.  To put it in perspective, we began working on the design with them in the last millenium … and at that point, they had already been working toward the goal of having their own church for about 20 years.

Matching the dream to the budget was a challenge.  The answer – as it turned out was found in Frank Mestemacher.  Frank runs the carpentry program at the Seattle Central Community College.  We’ve teamed with him and his remarkable students on several public projects.  The task of pre-fabricating a church in Seattle and assembling it here on Whidbey Island was greeted as just another chance  to teach his students about overcoming challenges.

Now that Unity finally has realized its dream, the recent article in the South Whidbey Record is a fitting tribute to Frank’s generosity and contribution.